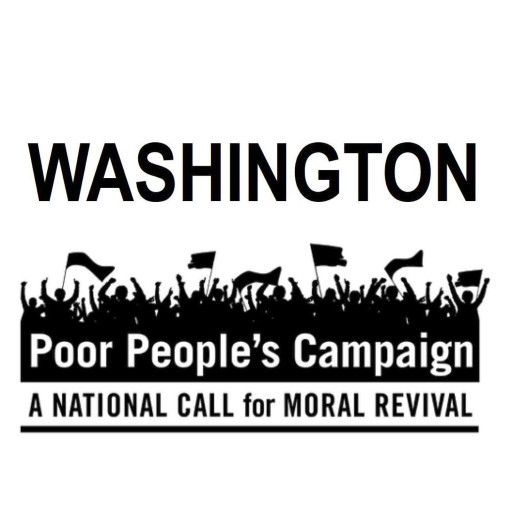 We are honored to announce that the Washington Poor People’s Campaign has voted unanimously to endorse—and work in partnership with—our initiative for universal healthcare. This endorsement comes at a crucial time in our campaign, as we have just 5 months remaining to reach our goal of collecting 400,000 signatures for I-1471.

“We fully endorse your campaign and would like to connect our supporters with ways they can get engaged and support the fight for universal healthcare in WA,” a representative from the Washington PPC wrote to us.

This is a crucial endorsement from an organization whose values and policy goals reflect our own. Rooted in the 1968 Poor People’s Campaign that coalesced around the Civil Rights and anti-war movements, the PPC today seeks to build a coalition of religious and political organizations working to “confront the interlocking evils of systemic racism, poverty, ecological devastation, militarism and the war economy, and the distorted moral narrative of religious nationalism.”

“Though our current system of private employer-based insurance is costing all of us our money and our health, the poor, unemployed, and houseless are among the most impacted,” says Whole Washington campaign director Andre Stackhouse. “Our system is not just expensive – it is deeply unequal.

“We are so honored to not only receive the endorsement of the Washington Poor People’s Campaign, but to be brought on as a mobilizing partner. We are so excited to work together to put a more just healthcare system on the ballot.”

Partnering with such an explicitly collaborative movement is an important step to make. It can be difficult to unpack the complicated interconnectedness of the for-profit insurance industry with systemic racism and the military-industrial complex, but working together to confront these interconnected forms of injustice makes us stronger in the long run.

In calling not just for radical policy changes but for a “revolution in values,” we see in the Poor People’s Campaign one of the clearest articulations of what Whole Washington stands for: That universal healthcare is not just a matter of savvy economic policy by saving us millions of dollars, but is a matter of moral urgency. We fight for universal healthcare because it benefits all of us, and we gladly offer our support to the Poor People’s Campaign in the same spirit of solidarity.