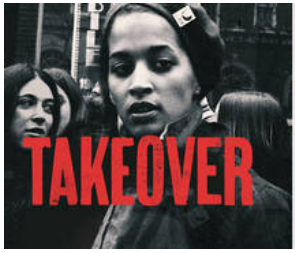 Red Berets for Medicare for All and Whole Washington present a special screening of TAKEOVER with Q&A/panel discussion after. Please join us for our December monthly movie night – online only. Healthcare advocates everywhere benefit from knowing the history of our struggle for healthcare justice. This powerful film showcases the heroic efforts of the Young Lords Party and their takeover of the rundown Lincoln Hospital in South Bronx on July 14, 1970.

Suggested donation of $14.71 in honor of our initiative number. https://secure.actblue.com/donate/whole-washington-1

More about the movie:

A new film called “Takeover” follows the 12 historic hours on July 14, 1970, when members of the Young Lords Party took over the rundown Lincoln Hospital in the South Bronx in New York City. The Young Lords were a radical group founded by Puerto Ricans modeled on the Black Panther Party. Democracy Now! co-host Juan González, a co-founder of the Young Lords, helped organize the action. Using archival footage and modern-day interviews, “Takeover” chronicles their resistance to institutions founded on wealth and white supremacy, and their collective struggle for quality, accessible healthcare. “The takeover really exemplified what the Young Lords were about,” says director Emma Francis-Snyder, who says she wanted to capture the heroism of the activists. “There’s so much emotion and planning and courage that comes along with direct action,” Francis-Snyder says. “We understood that to get the system to listen and change, you had to disrupt it,” adds González. “You had to find a way to force people to pay attention to the problems.”

Here’s Where We’ll Be

Event Location: Online – All are welcome

After the movie – Consider staying online with us for our weekly Monday Whole Washington Volunteer Team Meeting.